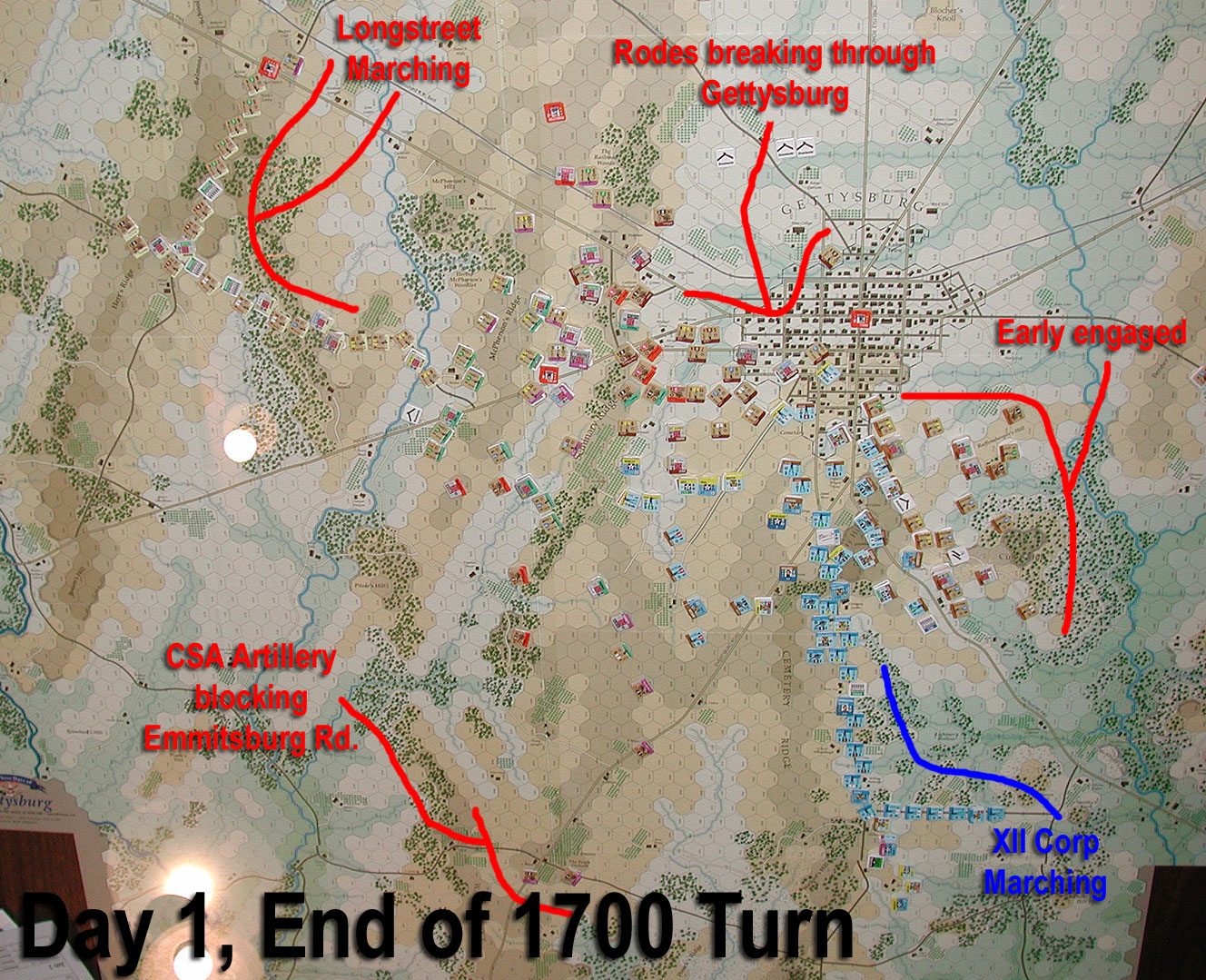 The sun can't set fast enough for the Union. The Union center collapses and the Rebels stream though and around Gettysburg. Only Pender's exhaustion saves the Union from a complete rout.

On the right, Early takes Culps Hill and dislodges 2/XI from the breastworks protecting Cemetery Hill. Early is, however, bloodied by his efforts and may suffer even more during the next hour.

Leader casualties had been light, but now Corp leader Reynolds falls as do two division leaders and two brigadiers on the Union side.

The XII considers marching North of Gettysburg but the threat to the Union position is too dire for such a gamble.